Daryl woke up to find his body healed. He looked whole, as if he hadn’t been in a fight at all. ‘Was it all a dream?’ he thought as he stood up. He didn’t know. He couldn’t figure out how he ended up in a ditch outside the power plant if was a dream, but he was completely unmarked. He did know one thing though, he felt a lot stronger, more than he had ever felt before.

He looked towards the city. The festival must have shut down for the night; his mother must have been worried by now… He faced towards home and walked down the road in the peaceful darkness.

It was an old house. It needed a lot of care, with the grass growing uncontrollably and the paint chipping unbearably, the house resembled a dying shack than a home, but with his mother working two jobs, she had little time to do anything about it and his father had left them a long time ago.

Daryl walked inside to find his mother, asleep on the couch, the TV on, the news blaring like a megaphone. He looked over to her sleeping body, seeing her shiver, he draped a discarded blanket lying on the floor on top of her. Tucking her in gently, he turned his attention to the TV and was about to turn it off when he saw what looked like a door with claw marks running across it.

Daryl felt his heart stop as he turned the volume low and sank into an easy chair.

The Holler residence appeared, looking normal until the newsman interviewed the Hollers themselves. dishevelled and frightened, they retold their story, claiming they were visited by the Mothman.

Daryl’s body shook. ‘Was that me?’ he thought, ‘Was all that real?’

Another voice answered from inside that made him shiver, ‘Yes, it was.’ 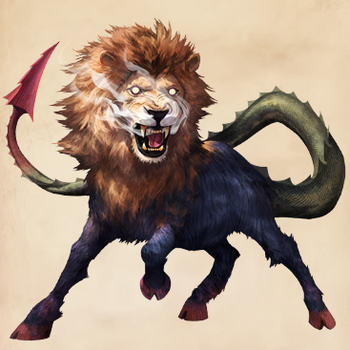