The Supernatural World of Wolf Messing 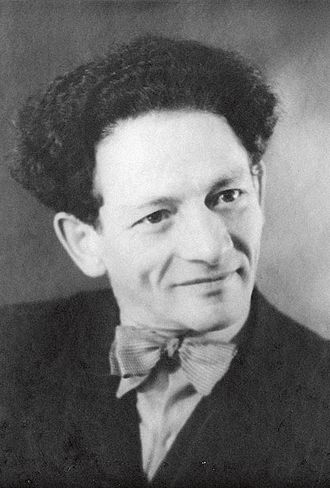 Wolf Messing was born in Poland in 1874. When he was younger, he showed promise as becoming a Rabbi, since he was memorizing Jewish scripture since he was 6. His parents really pressed future upon Wolf, which led him to run away and become the greatest psychic there ever was.

Wolf Messing was blessed with a very peculiar gift. It was not like many of the psychic stories we read about today; he performed many feats with the power of suggestion which, as far as I know, have yet to be replicated.

Below are stories that I have found of Wolf Messing’s power. I hope you enjoy!

Wolf’s parents wanted him to become a Rabbi, and so they enrolled him in seminary. Wolf didn’t want to. There is a story that his father sent to Wolf a man in white robes to convince him to become a Rabbi. This leads me to believe that Wolf had a very spiritual belief system. But he found out, and it left a sour taste in his mouth towards his parents and God.

He decided to run away, and so he boarded the first train he could. He didn’t have a ticket, and when ticket inspector was passing through the train, Wolf dared to hide under a seat. The inspector found him and demanded Wolf present him a ticket. Wolf handed him an old newspaper clipping and the Inspector punched it, calling Wolf an odd duck for not showing him the ticket in the first place.

This was the moment that Wolf discovered he had a strange gift.

Wolf Messing and the Two Scientists:

The train took him to Berlin, where Wolf did odd jobs like washing dishes and shoe shining. He wasn’t making enough and was near starvation until he landed a gig at a travelling circus. He did well in the circus, using his gift to read minds, find missing items, predict the future, and use the power of suggestion to hypnotize. He didn’t have any assistants; he worked solo.

It was at one of his shows that he caught the eye of Sigmund Freud and Albert Einstein, both wanted to meet him and test his ability. In Vienna, at Einstein’s apartment, Wolf arranged to read Freud’s mind and do what was asked.

Wolf left the room and found some tweezers. He came back and plucked a hair from Einstein’s moustache. “Is this what you wished for?” Wolf asked Freud, to which Freud said “Yes.”

Wolf Messing and the Pissed off Dictator:

Hitler had come to power in Germany and Wolf went back to Poland. It was in a Polish theatre that someone asked about the possibility of Hitler invading Poland, to which Wolf replied:

“If Hitler declares war in the east, his death awaits him.”

News of this reached Hitler, who, enraged, placed a bounty on Wolf’s head of 20,000 Reichsmark. Wolf was apprehended by Gestapo after the Nazis seized Warsaw, Poland He was taken to prison, however with his power of suggestion he made his captors believe that his cell had diamonds in it. While they went into the cell and started collecting the diamonds, Wolf escaped to the Soviet Union.

He continued his career as a psychic entertainer in Russia until Russian police arrested him while he was performing. Stalin wanted to see him. Wolf’s feats had spread across Europe, even to Stalin’s ears. He was intrigued by the psychic and presented him with two tests to prove his abilities.

Wolf was instructed to go to Moscow Gosbank, unarmed, and take 100,000 Rubles. Wolf walked into the bank and presented the teller with a blank piece of paper. Hypnotized, the teller gave Wolf 100,000 Rubles, which Wolf gave to Stalin.

Wolf’s next task was much more difficult. He was instructed to visit Stalin’s country home, which is heavily guarded with about 300 NKVD agents. Wolf walked right through the compound, passed all these security guards by convincing them he was head of the secret police. They didn’t see Wolf, they saw their head. No one questioned him and he walked right into Stalin’s office to his amazement.

These are the most prevalent stories of Wolf Messing. I genuinely believe he had these gifts, but who knows for sure. The experiment with Einstein and Freud seems to be authentic enough to gain the attention of Joseph Stalin, and there are many other stories of psychics in the Soviet Union. I have included a link to a Psychic documentary in the sources below.

Please let me know what you think. Do you think we all have psychic abilities? Can we master them? Or is it all fake? Let me know in the comments below.