The Difference Between Bigfoot and the Mongolian Death Worm 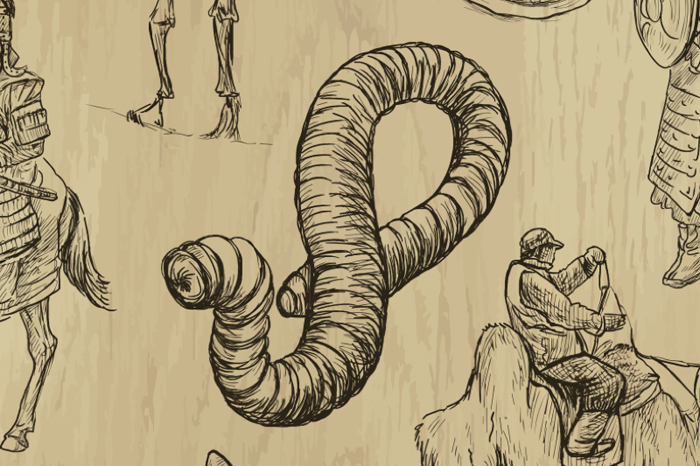 The Mongolian death worm is a creature of folklore originating from the peoples of the Gobi desert. It is reported to travel under the sands, stalking its prey, and can discharge both electricity or venom, from a distance, killing instantly. It is supposedly so venomous that to touch it is instant death.

Roy Chapman Andrews, an American palaeontologist who wrote On the Trail of Ancient Man, travelled to Mongolia with the American Museum of Natural History to investigate. They didn’t find anything but stories from the nomads that live in the area. They quoted the Prime Minister at the time, Damdinbazar, who believes firmly in the worm’s existence.

It is shaped like a sausage about two feet long, has no head nor leg and it is so poisonous that merely to touch it means instant death. It lives in the most desolate parts of the Gobi Desert.

Description: Red creature; worm-like, no head, no limbs; sharp spines on either side of its body.

Theories: lizard worms; Tartar sand boa; or a parasitic creature that hatches in the stomach of camels, and bursts out to inflict mayhem on an unsuspecting populace!

Honestly, when thinking about it, I get nostalgic for the Tremors movies, just saying…

Now I’m going to try something a little different with this creature than I have in my previous posts. Though I would love to believe in a laser shooting, sandworm of death, I’m having a bit of trouble with it. One of the hardest things about this creature for me to accept is that no one has seen it.

Everyone knows a guy, who has a sister, whose finance’s aunt found her dead dog next to a wave of sand with a spiny tail retreating into a hole…

There is no eyewitness to these creatures; everything is hearsay, and because of that I am having a hard time taking the creature seriously.

From the research I have gathered on the Mongolian death worm, it is a creature of folklore. It has seeped into their beliefs and because of that everyone believes in it.

It’s the same thing as believing in God because you were brought up in the church. You may not have experienced Him, but because everyone around you believes in Him, you do too. And though I love stories about the unknown, this one I’m having a very hard time swallowing.

The Difference Between Bigfoot and the Mongolian Death Worm…

Simple, right? One’s a hairy ape-man and the other is a worm? Yes and No. I say the difference is stories! There are eyewitness accounts of bigfoot. People who experienced bigfoot, and though they have no evidence, they saw it. The stories are about them and their encounter. No one seems to have had an encounter with the Mongolian death worm! No one has a story where they are actually involved in it!

That being said, if there is a creature travelling under the sands and electrocuting people, odds are all eyewitnesses are dead… So that makes me a giant jerk! 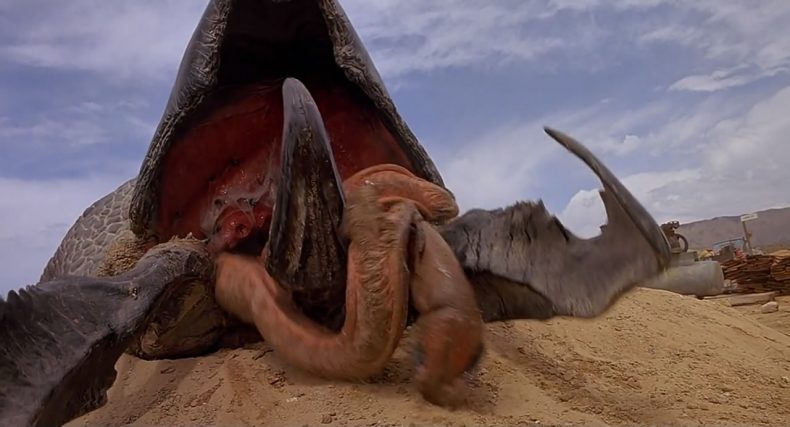 For those of you who have made it this far, I’d love to know what you think the next monster I should cover on this blog should be. Let me know in the comments below. Also, if you’re feeling generous, please like and subscribe. You might see your suggestion appear on the blog.

Thank you for reading!