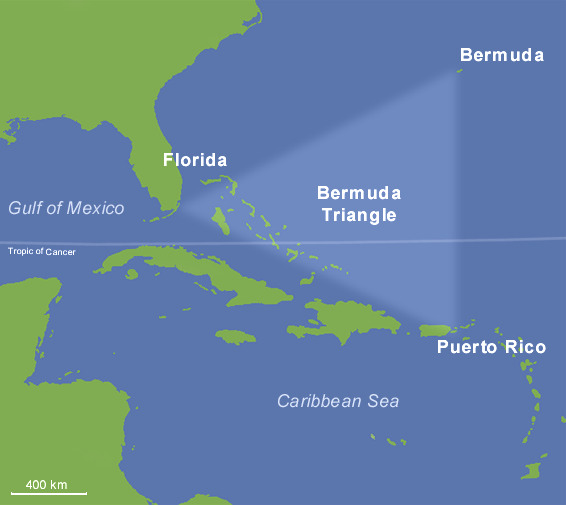 Description: 500,000 square miles of ocean; a triangle from Miami Florida, to the island of Bermuda, to San Juan, Puerto Rico, and then back to Florida

Christopher Columbus: In my research, Christopher Columbus was said to have seen a light while in the area of the Bermuda Triangle. The description is vague. Many would like to believe that it was a UFO. It is described as a light moving up and down, like the flame of a candle. They refer to it as land, which is confusing to me. Is it light or land? There really isn’t a good description at all, and I can’t really take anything from it. I have sited Christopher Columbus’s Log. October 11, 1492.

Joshua Slocum: An experienced sailor who travelled around the world alone. November 14, 1909, he disappeared while on his last adventure, “exploring the Orinoco, Rio Negro, and Amazon Rivers.” It isn’t known what happened to him–the Bermuda Triangle? He was an experienced sailor, who had been on several voyages. He, however, never learned to swim, which is ridiculous, just like his reason which was that it was unnecessary.

His associates believe he was either capsized by a whale or run down by a ship. There is also the possibility of a storm, but as he was an experienced sailor, he would have known how to deal with storms.

The ship put to sea from Rio de Janeiro on 16 February 1918, and entered Salvador on 20 February. Two days later, she departed for Baltimore, Maryland, with no stops scheduled, carrying the manganese ore. The ship was thought to be overloaded when she left Brazil, as her maximum capacity was 8,000 long tons (8,100 t). Before leaving port, Commander Worley had submitted a report that the starboard engine had a cracked cylinder and was not operative. This report was confirmed by a survey board, which recommended, however, that the ship be returned to the United States. She made an unscheduled stop in Barbados because the water level was over the Plimsoll line, indicating that it was overloaded, but investigations in Rio proved the ship had been loaded and secured properly. Cyclops then set out for Baltimore on 4 March, and was rumored to have been sighted on 9 March by the molasses tanker Amolco near Virginia, but this was denied by Amolco‘s captain. Additionally, because Cyclops was not due in Baltimore until 13 March, the ship was highly unlikely to have been near Virginia on 9 March, as that location would have placed her only about a day from Baltimore. In any event, Cyclops never made it to Baltimore, and no wreckage of her has ever been found. 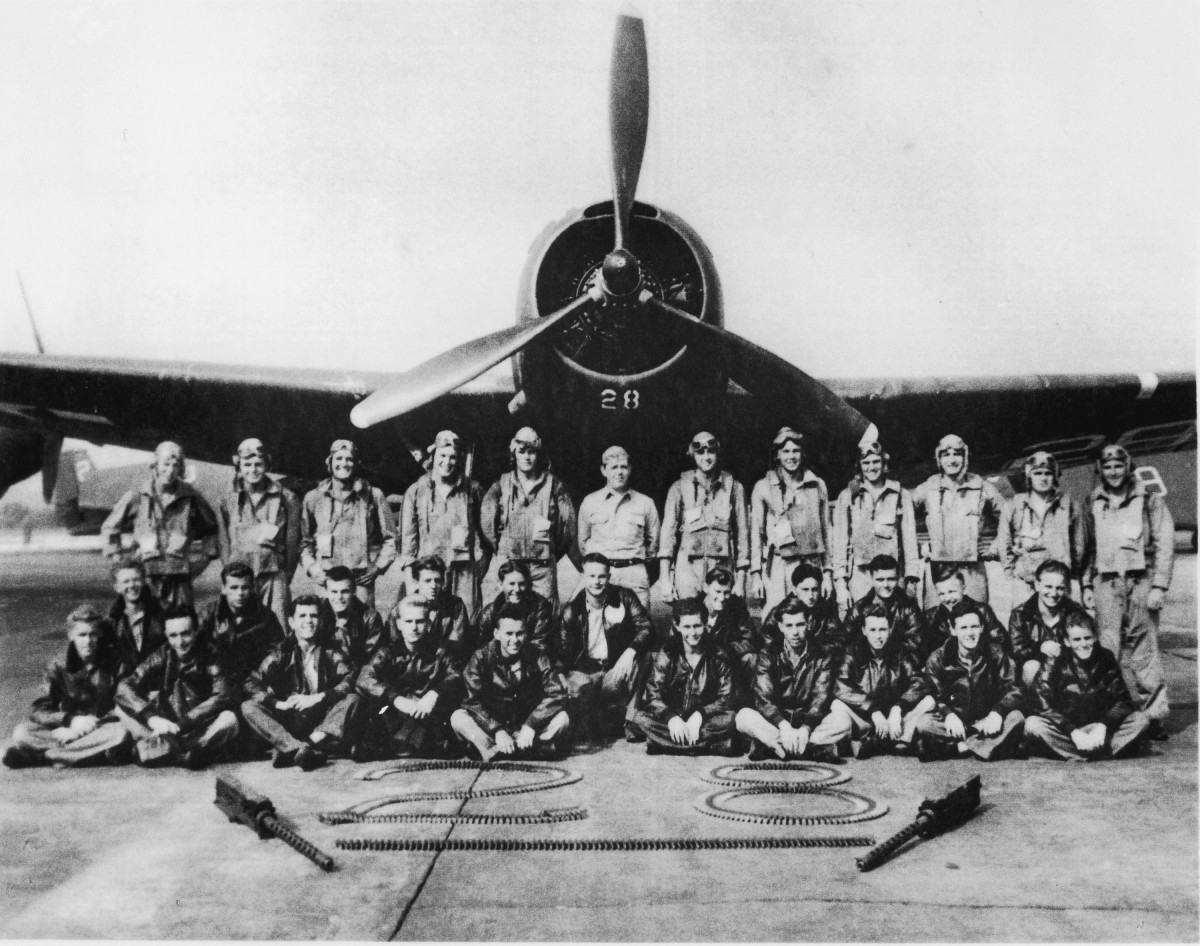 was the designation of a group of five Grumman TBM Avenger torpedo bombers that disappeared over the Bermuda Triangle on December 5, 1945, after losing contact during a United States Navy overwater navigation training flight from Naval Air Station Fort Lauderdale, Florida. All 14 airmen on the flight were lost, as were all 13 crew members of a Martin PBM Mariner flying boat that subsequently launched from Naval Air Station Banana River to search for Flight 19. The PBM aircraft was known to accumulate flammable gasoline vapors in its bilges, and professional investigators have assumed that the PBM most likely exploded in mid-air while searching for the flight. Navy investigators could not determine the exact cause of the loss of Flight 19.