How to Set Up the Foundation of Your Storybook World 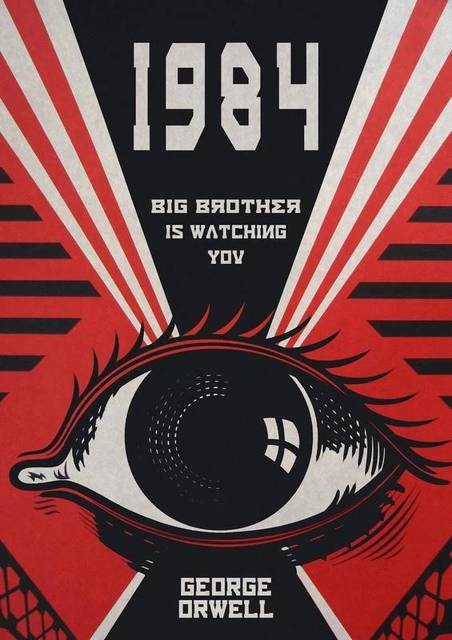 As he put his hand to the door-knob Winston saw that he had left the diary open on the table. DOWN WITH BIG BROTHER was written all over it, in letters almost big enough to be legible across the room. It was an inconceivably stupid thing to have done. But, he realized, even in his panic he had not wanted to smudge the creamy paper by shutting the book while the ink was wet. He drew in his breath and opened the door. Instantly a warm wave of relief flowed through him. A colourless, crushed-looking woman, with wispy hair and a lined face,was standing outside. ‘Oh, comrade,’ she began in a dreary, whining sort of voice, ‘I thought I heard you come in. Do you think you could come across and have a look at our kitchen sink? It’s got blocked up and——’ It was Mrs Parsons, the wife of a neighbour on the same floor. (’Mrs’ was a word somewhat discountenanced by the Party—you were supposed to call everyone ‘comrade’—but with some women one used it instinctively.) She was a woman of about thirty, but looking much older. One had the impression that there was dust in the creases of her face. Winston followed her down the passage. These amateur repair jobs were an almost daily irritation. Victory Mansions were old flats, built in 1930 or thereabouts, and were falling to pieces. The plaster flaked constantly from ceilings and walls, the pipes burst in every hard frost, the roof leaked whenever there was snow, the heating system was usually running at half steam when it was not closed down altogether from motives of economy. Repairs, except what you could do for yourself, had to be sanctioned by remote committees which were liable to hold up even the mending of a window-pane for two years…

That was taken from George Orwell’s book 1984, a dystopian novel showing the world as one of war and hate that, I imagine, sprang up from a very loud rebellion or protest by the groups that shouted the loudest–their governments ignoring the other groups entirely…

I could go on how I feel 1984 is a good example of what COULD happen if the US doesn’t calm down, but that’s not what I want to talk about here. George Orwell does a great job of setting up his dystopian society with the use of setting. In the excerpt above, we have our main character going over to his neighbor’s apartment to fix a clogged sink, and we are given extraordinary details on the state of the building in which they live.

Orwell does this throughout his book, and it’s really important when discussing the type of social-political climate his novel takes place, which leads me to this thesis statement: setting is as important as your main characters in any story.

Think about it like this: Harry Potter, without the backdrop of Hogwarts, wouldn’t have been as magical an adventure had Harry grew up in his Uncle’s stairwell cupboard.

So what questions do you need to ask when creating your setting?

What year does this take place?

1984 was written in 1949. It took place in the future of when it was written, and so took on the characteristics of what Orwell believed COULD happen based on his experiences. But what’s really important about 1984 is that Orwell has created a new government, with new ministries, new histories, new EVERYTHING.

He then expounds on what that would look like, which is exactly what the reader needs to know when travelling to a brand new world. We see plainly Mrs Parson’s clogged sink and the old building this scene is taking place. We see Winston, the main character, walking down the streets constantly worried about being followed by Thought Police and spies. This futuristic, socialist government run by the enigmatic Big Brother has most of the citizens scared for their lives and walking on eggshells lest they do something that goes against the party.

Simply put, there is no freedom in the world of 1984, there is only duty to Big Brother, and Orwell does a great job convincing the reader that though some may hate it, they put up with it for the sake of their lives. A scary world to live in.

Is the setting fictional or based on reality?

I mentioned Harry Potter earlier. Obviously, the world of Hogwarts is fictional, but how many of us wanted to receive a letter of acceptance by owl? JK Rowling did a tremendous job of taking us from Platform 93/4s to Hogwarts School of Magic, and in her books, she had various descriptions of magical creatures and the magic spells performed by wizards and witches alike.

1984 is fictional as well (obviously since we live in 2020), but the point is the more foreign, the more you will need to know about your setting and the rules that govern it. You will need characters to provide anchoring points for the main character, as those are typically the eyes you will be looking from in whatever story you are reading. Hermione Granger, though not of wizard descent, was able to give advanced explanations to Harry about magic. Likewise, Ron was able to guide him in wizard society norms as well as introducing him to so many applications of magic.

When it comes to fiction, the skies the limit, however, it also takes a lot of extra work to create the setting for the characters to play in. The work is fun though, and if your imagination is vast you won’t have much of a problem. A little something that I would like to mention, just as we in our society have rules, so do these fictional worlds. There were laws of magic in Harry Potter; there are rules in 1984; without them, there are no boundaries, no villains, and no consequences.

Settings based on real places are a little easier. We have rules in our world that are easily understood across nations. You don’t have to go into too much detail on specific scenes, for example: a class room. Most of us have been in one. We see rows of chair-desks with a teacher’s desk in the front of the room, light detail is all that is required. When describing that one teacher that does what she wants, you can be topsy-turvy, like cray Miss Frizzle and her Magic School Bus.

Both types of setting are good, but stories are all about those outliers with an interesting story to tell. Me, I love fiction, specifically paranormal, but there are obviously different likes across the world. Some like non-fiction stories, or fiction so deep-set in reality that the likes of Harry Potter don’t exist. But good stories are good as long as your setting grounds the reader in a logical place.

I’ve touched on this a little already, but it really is important. Grounding your reader in a reality is a big part of setting, and there is a slew of characters with differing viewpoints in your world. You may not agree with them, but they add to the flavor of your book. (Why You Should Become Your Character’s Creepy Stalker)

Your society has rules. People either follow them or make their own rules. Most people are not pure chaotic. There is a type of order to them, patterns behaviors. In the book 1984, the protagonist Winston is seeking true history. He has changed so much of the public record, erasing history that he doesn’t know what is real anymore. So he is on a journey of freedom with a woman named Julia. They break all the rules together, finding freedom in each other and a new lust for life; Winston was humdrum and fearful, but as the book progresses he becomes bolder and discovers desire.

There is danger there, the consequences are high in the world of 1984. Both he and Julia run the risk of being erased and forgotten… That’s what makes the story interesting. Conflict! Desire! How will these characters meet their needs in the story and how will society react to the actions of these characters?

Setting is a pivotal piece in shaping the plot and characters of your story. Without it you have a plain backdrop that doesn’t move the character into action or progress the plot. Knowing the rules and foundation of your setting will greatly improve your effectiveness in storytelling and give a reliable and realistic set of actions and consequences for your characters regardless of their social standards and those they interact with.