The iPhone is the most coveted mobile device in the U.S. Inside the iTunes app store, users can download numerous apps to suit their individual needs–from the most practical to, you guessed it, addictive games that keep them occupied throughout the day. This is a list of five apps I am addicted to right now: 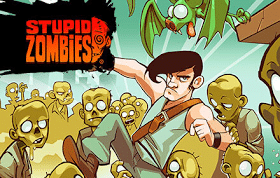 Stupid Zombies is a game where you use geometry to kill zombies. This game is ridiculously fun. You start with five bullets and the fewer bullets you use to kill the zombies, the higher your score. Like Angry Bird, a game I’m sure everyone is aware of, the highest score grants three stars. As the levels progress, you get different bullets that do different things. This game is amazing; give it a try. When you see the blood splatter, you’ll know you’ve found a good zombie killing game. 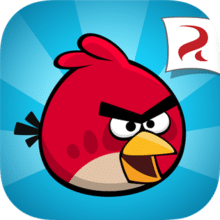 I’m sure most of you are aware of this game. There are a bunch of mean green pigs that are causing a lot of trouble for the bird population. Luckily, these birds are hardheaded because they spend a lot of their time being launched out of slingshots and into brick walls. This game also uses geometry and physics when it comes to getting a high score. Like Stupid Zombies, the key is to use the least amount of birds to kill the most pigs. The obstacles are the trickiest part, and you’ll need to find the weak point of the obstacles to do the most damage. The highest score is rewarded with three stars. Ultimately an awesome game that has spawned several sequels. Check them out!

This game is a wooden maze that uses virtual gravity to reach the goal: a checkered hole. The whole phone is your controller. To move the metal ball, you tilt the screen left, right, forward and back. Maneuver around the other holes to reach the goal. It can be a little frustrating, but it’s rewarding when you finally master the tilting.

I love tower defence games. Sentinel 2 is obviously the sequel to Sentinel. In this game, the fight comes to earth and you must stop the Martians from taking over. Like any other tower defence game, the idea is to keep the enemy from reaching your base. You do this by building structures to protect the path between the enemy camp and your base. This game is really fun and challenging. You have to use the correct defensive structures to win.

Another fun game. Cut the rope is about feeding candy to a frog named Om Nom. This is done by cutting rope. The candy is placed in a bubble that floats and is attached to a rope. As the bubble floats upward, you need to cut the rope at precise times to avoid obstacles and enemies. Then, if all goes well, the candy falls into Om Nom’s mouth and he gets happy. Very fun.