Daryl, Gaines, and Poseidon ran after Baranski. She must have transformed into Slenderfoot, because it was hard to determine her path. They had to rely on the sounds of screams and gunfire. They only heard the ladder.

They ran in the direction he was pointing. It was a long hallway, no doors, just tile. 4 in x 4 in white ceramic tile on the walls and floor, with bright lights hanging above, Daryl admitted it was a bit disorienting. With the light bouncing off the walls and floor, running down the hall was tricky.

Gaines pulled ahead, but he face-planted into a wall. Daryl pursed his lips trying not to laugh. They needed to find their friend. Where Gaines had stopped was a corner. Daryl and Poseidon slowed and turned to see a squad of shock troops, armored in black combat gear and very peculiar rifles.

Their muzzles were much wider than the M-4s they had at boot camp, and the magazine looked more like a Pringles can than a mag… At least Daryl thought that was the mag. And in the center stood a soldier with a special gauntlet, holding a quaking Slenderfoot by the throat, her lion mane frizzes up as if by some electroshock, kangaroo feet kicking, but not consciously, more like muscle spasms.

Daryl gulped. He looked and Poseidon and she looked at him; they both put their hands up in the air. Gaines, however, still stumbling around, rushed towards the squad and felt the sting of 10 photon shocks pelting his body.

But luckily, Gaines, instead of transforming, toppled over onto the ground.

The soldier in the middle set Slenderfoot on the ground; she changed back into Baranski. Naked, another soldier wrapped her up in a blanket.

The approaching soldier took her mask off. She had long red hair and dark, green eyes.

‘hubba, hubba,’ thought Daryl, his guard dropped and he lowered his arms. She hit him in the temple and all went black.

Daryl woke up. He was in a room lying in a bed. He sat up, wincing. ‘Too fast.’ he thought. He rubbed the left side of his head where the soldier had hit him. ‘Damn! That’s got to be blue.’

He realized he had no clothes on. Not even his underwear. He got up to examine himself. There was a full-length mirror on the back of his door. To the right of that was a dresser cabinet. He hopped off the bed and went to the mirror. He had puncture marks on his shoulders, much like the ones given to the rest of 001 class at boot camp.

Had they given him the super juice? Doubtful. He was probably only given vaccinations. Frowning, he turned to the dresser. He opened the doors to find it stocked with clothes. He had 4 new uniforms, black, tactical, much like his army ACUs. There were also 2 casual suits. White shirts, black ties, and black shoes. Black boots sat next to the shoes.

Under the shoes, there was a drawer full of socks and black belts. He almost missed it: there was a note on the inside of the door that read, “Get Dressed and Stand Outside Your Door!”

He pulled out a uniform and got dressed.

He opened his door and walked out. To his right was Gaines, standing at full attention and to his left were Poseidon and Baranski. Both were just leaning against their doors. Daryl decided to stand at ease. It seemed like the best option considering. What had he gotten himself into.

‘Anything you can tell me about this place?’

Not a damn thing. I never encountered humans like this…

“Who are you talking to?” asked Poseidon.

“Just myself,” said Daryl. “How are you doing?”

“Better than you three. They just escorted me to my room.”

“They forced me into a ‘Cleansing Chamber,'” she said with finger quotes. “I’m guessing they did the same to you.”

“I really like the rooms,” said Baranski. “Everything I could need.”

“I need my own bathroom, specifically with a tub.”

“Speaking of water,” said Gaines, “Where are your canteens?”

“Who the fuck is in charge here!” she shouted. 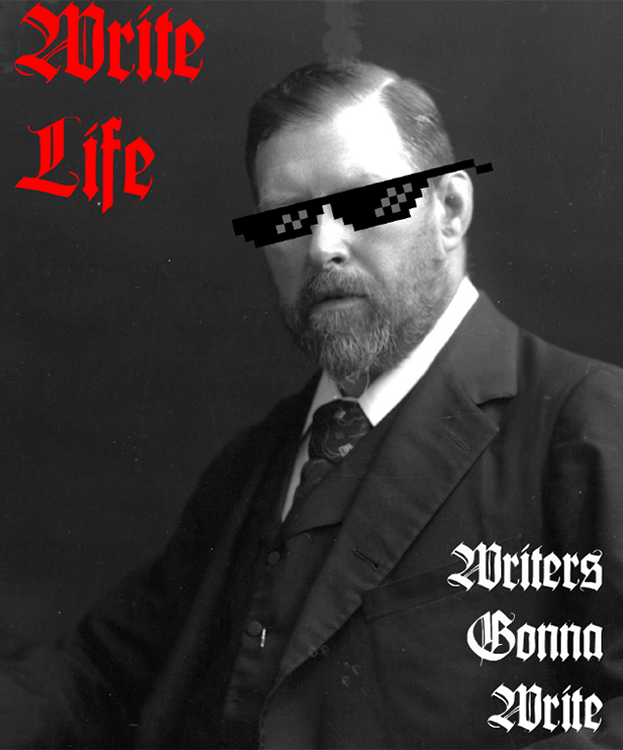